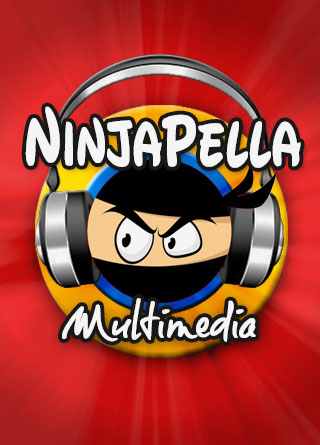 As our Chief Ninja, Jeff’s produced, directed, & edited dozens of epic music videos, documentary pieces, web series, and television promos with sparkling originality, making the absolute most of any budget. He’s been a graphic designer for 20 years, and on the audio front, he’s worked one-on-one with musicians & clients of all flavors for 30 years, producing, recording, mixing, and writing dozens of albums, singles, live concert soundtracks, TV ad soundtracks, scores, theme songs, and beyond. Jeff’s also known as the pioneering longtime beatboxer for the pro a cappella group, Rockapella (see rockapella.com). Take a trip through his decades of colorful video and music wisdom. Be as original and authentic as you can be! Let him help you get there…

When not assisting Ninjapella, Ross runs a thriving photography & video studio in the greater NYC zone, focusing on glamour, concerts, lifestyle, and nightlife, and he’s got a fleet of drones! If you’ve seen a piece of cool new camera gear, he’s probably already got that. A digital expert since 1984, you’re in great hands with this imaging guru. Watch his calm, fearless skills help make your event video seamless. And if you’d like a professional photo session, Ross is the man! Stop by Rossmedia.com for samples.

Need a killer original song or musical arrangement? Sean is widely regarded as “the Father of Modern A Cappella”. This “terrific singer and songwriter with an ear equally attuned to comic satire and the power of pop music” (-The New Yorker) combines “the tunefulness of the Beatles and the spot-on wit of Tom Lehrer” (-Boston Globe) with a “silky tenor voice that produced chills” (-New York Times). As a former lead singer and co-founder of Rockapella, Sean released nine albums and appeared in all 295 episodes of the Emmy Award winning PBS-TV series “Where In The World Is Carmen Sandiego?”, for which he co-wrote the famous theme song with Tony-winner David Yazbek. Sean is the only three-time winner of the Contemporary A Cappella Society’s “Original Song of the Year” award, and has also been a “Best Male Vocalist” award recipient. The results of his songsmith skills for clients have been heard in many corners of the television world. He currently records and performs with The GrooveBarbers, Doowopera, The Everly Set, as well as solo. (SeanAltman.com)